2014, 2015 and now in 2016, my feature film PUSHED, a woman-led, multi-cultural story taking place in the 1930s has received a one out of two positive score from the Academy's readers. Given its consistent positive scores, with upcoming professional script consulting and I am confident 2017 will bring this story into the quarter finalists or further.

One year following its premiere at the Atlantic Film Festival's red carpet Showcase Gala, UNA FORMA DE PARTIR / A WAY TO GO, a short which received $30,000 in funding, is now airing on CBC's Reel East Coast. More news to come on film festivals for this short which had its beginnings as a script finalist in Vancouver's screenwriting competition, The Cold Reading Series.

Two years in a row, SOAKED, a half-hour comedy about the behind-the-scenes life onboard a failing cruise ship, has become a Quarter-Finalist at the PAGE Awards. This means out of 6,300 entries, this script has gotten into the top 10% for both 2015 and 2016!

In 2015, SOAKED was also semi-finalist in the Pilot Launch TV Script contest, placing in the top 40 out of 1,600 pilots worldwide.

The short film I produced and co-wrote with actor/comedian Brian MacQuarrie (from the comedy troupe Picnicface) and John Dunsworth (actor from the hit series Trailer Park Boys), was accepted into the National Screen institute.

A glowing review for my original comedy pilot, 'Soaked'

Looks like my original TV comedy pilot, 'Soaked' is continuing to make waves. The original version has been in the top 40 out of thousands of scripts, in multiple Hollywood screenwriting competitions from 2014 to 2016. But this year I took a shot in the dark and decided to do a major re-write. I loved my original version but felt it was time to explore the story a bit more. If this review is any indication, it was a good move. I can't reveal the entire review as it gives away a lot of the plot. But here is an excerpt:

"Your cold open was strong. It was tense and exciting enough to grab an audience’s attention right away, and it was funny and bizarre enough to hold their attention through to the end of the scene and the start of the episode. An audience is going to be instantly invested in watching the episode, if only to find out why Pen was on the bow in the middle of a storm screaming about there being no whales. You also did a nice job in your description of succinctly and clearly defining each of your series regulars. Though we only met most of them for the briefest of moments, it was clear through those small interactions what their personalities are and how they will interact with one another throughout the series. It was a good idea to make your main character, Pen, a newbie to the world of cruise ship life, as this was a nice way to also introduce your audience to the colorful cast of characters aboard the ship and the way things work."

September 8th, 2017 - The TV comedy pilot with a diverse group of characters from around the world, and with a leading female character, has placed in the top ten for LiveRead/LA, a monthly event sponsored by Final Draft. I am very happy that this new version of my show, which, in the past had already placed in the top forty out of thousands of scripts in some of Hollywood's top screenwriting contests, is gaining momentum and receiving a ton of positive attention. Later on this month I'll be having my own script read-through and make a decision which version of Soaked I go with: the original that receive quarter and semi-finalist in multiple Hollywood screenwriting contests, or go with the new version that was already positively reviewed by Bluecat Screenplay Competition and now joins some amazing scripts in the finalist placement at LiveRead/LA. We shall see.

My TV pilot 'Soaked' keeps getting more-and-more attention this year! It is now a quarter-finalist in Screen Craft's 2017 Pilot Launch contest! My pilot, along with the other quarter-finalists, was selected from over 2,000 submissions! Based on the six years I worked for the cruise lines, Soaked follows a diverse ensemble of crazy characters along with a leading woman who does most of the work saving the ship and gets very little credit. Next year, 2018, will be the year I start pitching this to American broadcasters.

Long title I know. But I'm excited to announce my sci-fi short film script, 'Singularity' is now an Official Selection for the LA Screenplay Awards, beating out thousands of script submissions.

My twenty-one page, potentially stop-motion, short film 'Monkey' just received a beautiful review from Bluecat Screenplay."This script, though short, has an incredibly distinct (and adorable) tone to it! It combines the whimsical humor and vibe of Wes Anderson’s style with an inspirational, easily-accessible story of making dreams come true." To read more Click Here

"This script, though short, has an incredibly distinct (and adorable) tone to it!" 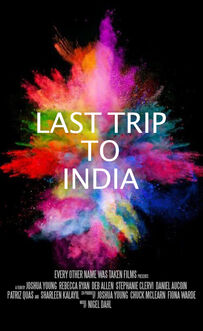 The short film script, Last Trip To India, has gone from a quarterfinalist in ScreenCraft's Short Screenplay competition to semifinalist! Next up, it's become a Second Round Qualifier for the 2019 Short Film Fund! We are very excited, and have all fingers crossed, impatiently waiting to find out if this passion project becomes a finalist.In the meantime, head to www.lasttriptoindia.com to check it out. 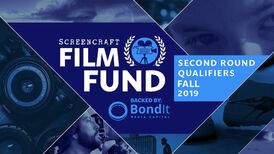